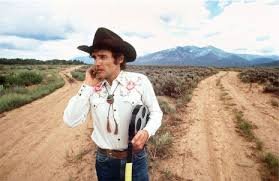 Even as celebrity brands are starting to flood the emerging Cannabis market, Hopper Reserve stands out. The brand was launched by Marin Hopper, Dennis Hopper’s daughter from his marriage to Brooke Hayward. 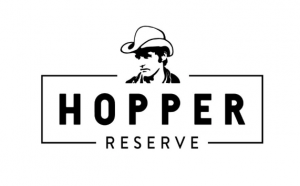 Hopper Reserve is a gram of California indoor-grown flower, two packs of rolling papers, a pair of matches and a trading card either featuring Hopper and Andy Warhol or one of him in his trademarked Stetson and bolo tie. The package in an unassuming tin foil pouch with the slogan: “Here’s to the rebel in all of us.”

The brand’s website touts Hopper as “a contradictory mix of Pabst Blue Ribbon and pop art, of rustic Americana and a new generation of restless revolutionaries, of madman machismo and the unmatched allure of a true auteur,” while Marin says of cannabis, “It was something he could unwind with and enjoy in a very peaceful, fun-loving way. It was very complementary to his life.”

It was fairly well-known in the cannabis community that Hopper turned to the medicinal aspects of marijuana in the last stages of the cancer that took his life at the age of 74 in 2010.

Kenny Morrison, who runs his own edible Venice Cookie Co., remembers Hopper’s nurse coming to the dispensary where he used to work requesting cannabis tea.

“I bought some at Trader Joe’s and brewed it for him,” he says. “He didn’t want it too strong.”

Dina Browner, owner of three dispensaries, including Alternative Herbal Health Services in West Hollywood, is one of the few outlets carrying the brand prior to its official rollout later this year. She reports that it’s flying off the shelves. Assisting in the marketing are United Talent Agency and Los Angeles cannabis branding company Fiorello.

“Before he passed away, Dennis told his daughter that when cannabis became legal, he wanted his own strain,” says Browner. “And the packaging reflects how he would’ve smoked it, rolling his own and lighting it with a match.”

“He wanted people to experience it just the way he once did,” added Marin.

After all, who can forget the scene in “Easy Rider” when Hopper, Peter Fonda and Jack Nicholson share a joint by the campfire and muse about UFOs? For many boomers, it was their introduction to marijuana. For the culture, it set a high bar for independent cinema. Hopper Reserve is hoping that same magic be brought to the emerging legalized cannabis world. 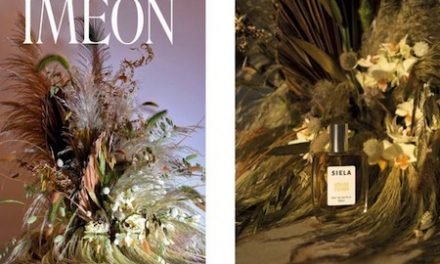 Want To Smell Like An Old Bong – Now You Can 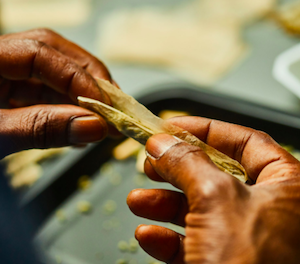 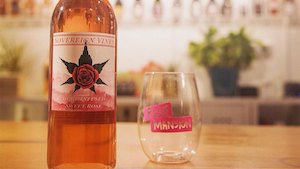