Cannabis is utilized in various domains such as fiber products that include textiles, plastics, and dozens of construction materials; edible seed products, psychoactive chemicals, and all associated considerations. Precisely, cannabis is a generic term that refers to all aspects of the plant inclusive of its products as well as how they are used. However, the growing concern over illegal drug usage of cannabis has overlooked the evidence of medical effectiveness. Meanwhile, polarized camps are arguing the merits and demerits of cannabis. Indeed, it is a daunting task to find evaluations of cannabis that are free of bias; distortion; emotion, and selective consideration of the evidence. The Internet is crowded with opposing claims. On the one hand, some factions of the society are of the view that cannabis provides the perfect path to ecological, economic, and medical salvation for the world. Others, however, contend that it embodies a fraudulent hoax that deteriorates the physical, mental, financial, moral, and societal health.

Undeniably, historically society has fiercely debated the on the merits of many scientific issues such as biological evolution, vaccination, and other such argumentative debates continue to this day, exemplified by the comparative benefits of fad diets, climate change, and others. Moreover, some debates are so complex that one cannot decide it to the universal satisfaction of everyone. However, disagreements concerning scientific facts can be settled.

However, the debate regarding cannabis (either recreational or medicinal) is multifaceted, involving examination of not only its merits and risks in many independent respects. Besides that, it also considers human values concerning personal liberty and choice. Therefore, as projected by the majority of negative views of recreational marijuana, the medical literature is overwhelmingly dominated by those who think marijuana as significantly harmful. However, a more balanced view (i.e., both for and against) is found in the professional literature as well as on online medium. Therefore, this article is mostly concerned with the views of informed individuals.

Viewpoints that Cannabis Is Harmful

According to one school of thought, the adverse effects of cannabis include increased risk of motor vehicle crashes, dependence syndrome, impaired respiratory function, cardiovascular disease, and adverse effects of regular use on psychosocial development or mental health. However, chronic cannabis use is associated with respiratory, cardiovascular, psychiatric, and bone effects. Moreover, various medical conditions might arise acutely after cannabis use, depending upon the user’s age, dose, frequency, and mode. These include deficient attention, impaired concentration, motor incoordination panic attacks, psychotic symptoms, and nausea.

Viewpoints that Cannabis Is Helpful

Furthermore, widespread use reflects the common belief that cannabis is not a particularly harmful drug; rather it has medical benefits as well. The weight of evidence supports this belief, as cannabis is useful in treating many medical conditions. Furthermore, there is limited evidence supporting cannabis is used to reduce nausea or vomiting during chemotherapy, to improve appetite in people suffering from HIV/AIDS, or to treat chronic pain and muscle spasms. Vice Article: The Bizarre Case of a Death Allegedly Caused by CBD Oil 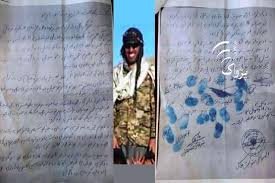 Afghanistan: Just Another Story About The Ramifications Of Black Market Drugs