This is as one of our cannabis news specialists reminds us. is  roughly 150% of what Canada exported in 2019 as dry product…!!

During the operation, police arrested 14 suspects, including Mauritanian and Senegalese nationals.

Rabat – In collaboration with the Royal Gendarmerie, Moroccan police on Saturday seized 5.894 tons of cannabis and weapons during an operation 30 kilometers from Laayoune, southern Morocco.

During the operation, police arrested 14 suspects, including a Mauritanian national and a Senegalese national, for their alleged involvement in drug trafficking, said a statement from the General Directorate of National Security (DGSN).

The DGSN statement said police subjected the suspects to a preliminary investigation to determine the circumstances of the case before placing them in custody. 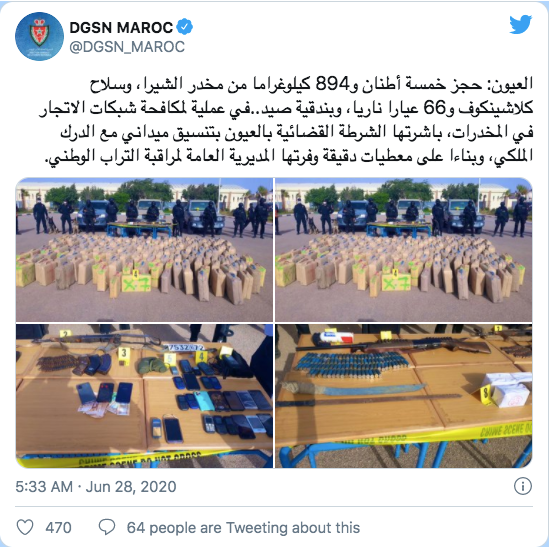 The operation is part of Morocco’s security approach to crack down on drug trafficking and cross-border crime.

One of the recent security operations was on June 24, when police seized two tons of cannabis resin from a tuck near Fez.