“The amount of seized cannabis roots in the last 15 days increased to 42,110,000,” the ministry said in a written statement underlining that the security units continued to fight against drug trafficking — one of the most important sources of income of terrorist organizations. 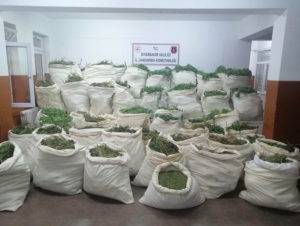