‘I don’t feel high … I feel better’: 98-year-old tries pot, then cuts back on morphine 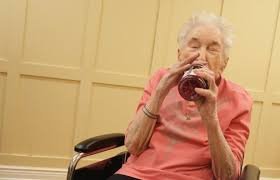 Ruth Brunn finally said yes to marijuana. She is 98.

She pops a green pill filled with cannabis oil into her mouth with a sip of vitamin water. Then Brunn, who has neuropathy, settles back in her wheelchair and waits for the jabbing pain in her shoulders, arms and hands to ebb.

“I don’t feel high or stoned,” she said. “All I know is I feel better when I take this.”

Brunn will soon have company. The nursing home in New York City where she lives, the Hebrew Home at Riverdale, is taking the unusual step of helping its residents use medical marijuana under a new program to treat various illnesses with an alternative to prescription drugs. While the staff will not store or administer pot, residents are allowed to buy it from a dispensary, keep it in locked boxes in their rooms and take it on their own.

From retirement communities to nursing homes, older Americans are increasingly turning to marijuana for relief from aches and pains. Many have embraced it as an alternative to powerful drugs like morphine, saying that marijuana is less addictive, with fewer side effects.

For some people, it is a last resort when nothing else helps.

Marijuana, which is banned by federal law, has been approved for medical use in 29 states, including New York, and the District of Columbia. Accumulating scientific evidence has shown its effectiveness in treating certain medical conditions. Among them: neuropathic pain, severe muscle spasms associated with multiple sclerosis, unintentional weight loss, and vomiting and nausea from chemotherapy. There have also been reports that pot has helped people with Alzheimer’s disease and other types of dementia as well as Parkinson’s disease.

Across the nation, the number of marijuana users who are in their later years is still relatively limited, but the increase has been significant, especially among those 65 and older, according to recent studies.

“It’s a bigger issue than we thought,” said Brian Kaskie, a professor of health policy at the University of Iowa who co-wrote a study published in January, “The Increasing Use of Cannabis Among Older Americans: A Public Health Crisis or Viable Policy Alternative?” “This is an elephant we’re just starting to get our hands on.”

A medical marijuana education and support club started by residents of Rossmoor Walnut Creek, a retirement community east of San Francisco, has grown to 530 members – so many that it has changed meeting rooms three times.

“I would be in a lot worse shape if I wasn’t using cannabis, both physically and mentally,” said Anita Mataraso, 72, a grandmother of six who is the program director and takes marijuana daily for arthritis and nerve pain, among other ailments.

In March, an influential group of medical providers, AMDA – The Society for Post-Acute and Long-Term Care Medicine, will tackle the issue at its annual conference. Cari Levy, the group’s vice president, will offer a “Marijuana 101” lesson on the benefits, the risks and the potential pitfalls for providers.

“People are using it, and we need know how to respond,” she said.

But as older people come to represent an emerging frontier in the use of marijuana for medical purposes, questions are being raised about safety and accessibility. Even in states where medical marijuana is legal, older people who stand to benefit often cannot get it. Most nursing homes do not openly sanction its use, and many doctors are reluctant to endorse pot use, saying not enough is known about the risks in the oldest age groups.

“This is a target demographic that may have their access limited, if not cut off altogether, simply because they reside in a facility,” said Paul Armentano, deputy director of NORML, a group that advocates the legalization of marijuana. “It is a problem that may infringe on their quality of life.”

While there is no shortage of research on marijuana, relatively little of it has focused explicitly on older users even as their numbers grow – and not just in the United States. In Israel, for instance, older people have been treated with medical marijuana for years. And Americans for Safe Access, an advocacy group, helped open a research center in the Czech Republic that is evaluating its effect on older people.

“It’s an area that’s very important to look at,” said Dr. Igor Grant, director of the Center for Medicinal Cannabis Research at the University of California, San Diego, adding that older people are one of the center’s research priorities.

“Older people can be more sensitive to medicine,” he said. “It’s possible a dose safe for a 40-year-old may not be in an 80-year-old.”

Dr. Thomas Strouse, a psychiatrist and palliative care doctor at the University of California, Los Angeles, said that just as sleeping and pain medications could harm older people, marijuana could possibly make them confused, dizzy or more likely to fall.

“There is no evidence that it is particularly helpful to older people, and some reason that it could be harmful,” he said.

“If residents are taking it, they are taking it undercover without the staff knowing so it’s not part of their care plan,” said Dr. Cheryl Phillips, senior vice president for public policy and health services for LeadingAge, an industry group representing more than 2,000 nursing homes. “I think that creates a safety problem.”

Fred Miles, a Colorado lawyer who represents nursing home operators, said nursing homes – unlike assisted living facilities – were regulated by the federal government, and were fearful of jeopardizing their Medicare and Medicaid funding. Staff members who administer marijuana could also theoretically face criminal prosecution under federal law, he said, though he has never heard of that happening.

The federal Centers for Medicare and Medicaid Services said no nursing home had specifically lost financing or been penalized for permitting the use of marijuana. In New York state, which started a medical marijuana program in 2016, its use is restricted to people with designated medical conditions, including neuropathy, epilepsy, multiple sclerosis, Parkinson’s, HIV, AIDS and cancer.

At the Hebrew Home in the Bronx, the medical marijuana program was years in the making. Daniel Reingold, president and chief executive of RiverSpring Health, which operates the home, said he saw its powers firsthand when his father, Jacob, was dying from cancer in 1999. To ease his father’s pain, Reingold boiled marijuana into a murky brown tea. His father loved it, and was soon laughing and eating again.

“The only relief he got in those last two weeks was the tea,” Reingold said.

When Reingold requested approval from the nursing home’s board members, there were no objections or concerns, he said. Instead, they joked that they would have to increase the food budget.

Then Dr. Zachary Palace, the medical director, developed a program that seeks to offer marijuana as an option but also comply with federal regulations: Though the nursing home recommends and monitors its use, residents are responsible for buying, storing and administering it themselves.

Last fall, the first three residents started taking marijuana pills. Their families obtain the pills at a dispensary in Yonkers run by Etain, a company licensed by the state to sell medical marijuana to qualifying patients or their designated caregivers, who must live in New York. Palace said that as the program expanded this month, as many as 50 residents could be using marijuana.

Marcia Dunetz, 80, a retired art teacher who has Parkinson’s, said she worried at first about what people would think. “It’s got a stigma,” she said. “People don’t really believe you’re not really getting high if you take it.”

But she decided to try it anyway. Now, she no longer wakes up with headaches and feels less dizzy and nauseated. Her legs also do not freeze up as often.

For Brunn, the marijuana pills have worked so well that she has cut back on her other pain medication, morphine.

Her daughter, Faith Holman, 61, said the pills cost $240 a month, which is not covered by health insurance. Holman, who lives in New Jersey, also has to ask a family friend to go to the Yonkers dispensary.

“Obstacles had to be overcome,” Holman said. “But I think she was meant to have it because everything has worked out.” 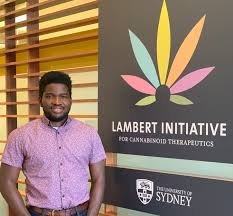 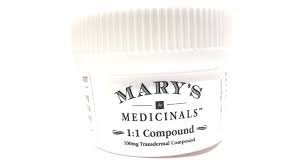 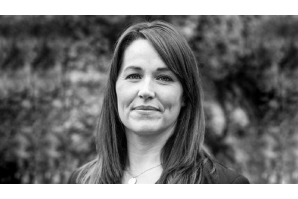 Health Europa Article: Cannabis medicine for refractory epileptics should be available on NHS 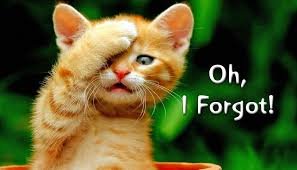 What Was This Headline Again ? Does cannabis really affect memory? Here’s what research currently says