I ate CBD and THC ‘love beans’ before having sex, and would recommend them to cannabis newbies who want spicier sex lives 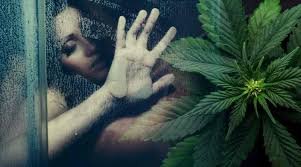 I’m no stranger to recreational marijuana edibles, so when cannabis brand 1906 offered a sample of their CBD- and THC-containing chocolate “love beans,” I was curious how the psychoactive candies, which are specifically marketed as aphrodisiacs to boost one’s sex life, would compare to previous experiences I’ve had using the drug in the bedroom.

1906 said its chocolate beans are fast-acting, meaning they take effect about 20 minutes after they’re consumed, whereas other edibles could take upwards of an hour to hit.

“Love uses optimal doses of five herbal aphrodisiacs and sense-enhancing cannabis to create the best sex drug in the world,” the 1906 website reads.

After eating 15 milligrams of THC and CBD in the form of three five-milligram beans, I felt more sensitive to physical touch and had a more intense orgasm than if I were sober. For me, the experience wasn’t unique though.

It’s something I’ve previously achieved, many times, with other edibles that weren’t marketed as aphrodisiacs.

Research suggests there are both positive and negative aspects associated with incorporating marijuana into one’s sex life.

“It is recognized that marijuana and the hypothalamic-pituitary-gonadal axis, which controls the sex hormones, interact with each other,” the study’s authors wrote. Marijuana use has also been linked to higher dopamine levels, which can affect sexual function and mood.

A 2017 study from researchers at Stanford University Medical Center looked at 50,000 Americans who were between 25 and 45, and found those who had regular marijuana habits had sex more frequently than their counterparts.

At the same time, research has suggested regular marijuana use could lead to erectile dysfunction in men.

A 2016 study suggested regular marijuana use could lead to erectile dysfunction, and some experts also worry that weed users could become dependent on the substance.

As addiction psychiatrist Dr. David Sack wrote in a 2014 article on Psychology Today: “Marijuana can sap the user’s interest in and commitment to an intimate connection, especially if use becomes heavy. In some cases, it becomes more comfortable for the user to have a primary emotional attachment with the drug rather than a person.”

I find marijuana has positively impacted my life in and out of the bedroom. It helps me better manage my anxiety and when it comes to sex, my partner and I enjoy using the drug now and again to have a heightened experience.

Everyone’s body responds to marijuana differently but, for me, edibles often increase my sex drive. Cannabis is a vasodilator, which means it increases overall blood flow including to the genitals, Dr. Jordan Tischler, a medical cannabis expert at InhaleMD in Boston, told Self. Since blood flow is a key factor in libido and a person’s ability to orgasm, it’s possible cannabis consumption can help some have more intense sexual responses.

I can relate. When I consume marijuana before having sex, I find myself more able to focus on the sex itself and the environment around me fades into the background. I also become more sensitive to physical touch, but in a good way, where I’m more tuned in to every movement I or my partner makes. And, in my experience, there isn’t an orgasm quite like a cannabis-fueled one.

I also have sex when I’m not high, and find that experience fulfilling too, but in different ways. When I’m feeling lonely or emotional, for example, I prefer sober sex to high sex.

20 minutes after taking the love beans, my heart started to race

For the experiment, my partner I and each had 15 milligrams of the beans. As people who have used marijuana edibles before, we knew our upper threshold for tolerating them and having a pleasant high was at 20 milligrams of THC. So we decided to each go for 15. A 1906 representative suggested beginners start with just one bean, which is five milligrams of THC.

The beans were certainly fast-acting. I noticed the effect about 20 minutes after taking them when usually, it takes 45 minutes to an hour before an edible affects me.

At first, my heart started beating quickly, which isn’t typical of previous edible experiences I’ve had, but knowing THC can open blood vessels and increase blood flow, I just held tight to see what happened next. My partner said he was fully feeling the edible’s effect at the 20-minute mark, and asked if I wanted to have sex, but I said I wanted to wait a bit longer, so we did.

About 20 minutes later, I could tell I was getting more aroused, and so it began.

The sex was great, but nothing unique from my past marijuana-fueled sex

As I expected, sex while under the influence of the beans was exquisite. I had an intense orgasm and felt really connected to my partner and immersed in the experience.

My partner said he had a similar experience.

“It heightened my senses, which made for a very pleasurable experience. Overall, I enjoyed them,” he told me, adding that he also enjoys marijuana-fueled sex because it allows him to typically last longer. 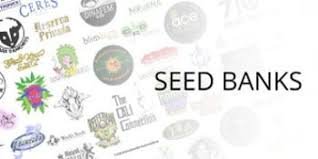 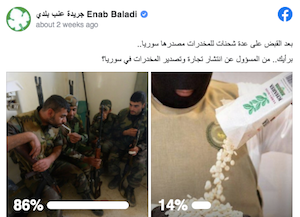 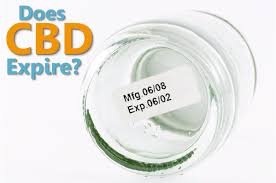 Yes, CBD Oil Expires — Here’s How to Check Yours