Police on Friday announced the seizure of a total of 1,272 saplings over a meter high from eight cannabis plantations found during a large-scale land and air operation in the most inaccessible mountainous areas of the Mylopotamos region in Rethymno on the island of Crete.

The operation began on Wednesday and was assisted by a police helicopter and dozens of officers on the ground. 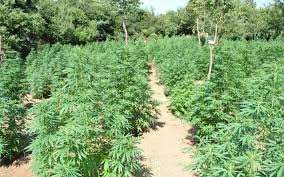 Police said saplings measuring up to 1.5 meters high were uprooted and confiscated, while investigations were under way to locate the owners.

Over 800 kg of marijuana seized in SE Turkey

Five & Half Tonnes Of Hashish Confiscated By Police off Gibraltar