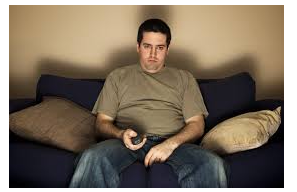 For the discerning stoner locked to the couch after a hard day of work, there’s no better way to unwind than consuming some cannabis media. We watched nine different cannabis TV shows, and found a plethora of engaging and entertaining content. From cannabis cooking shows to stoned judges in cannabis courtrooms, this list encompasses all genres of comedy, drama, documentary and more—every stoner is sure to find their perfect cannabis TV show match. 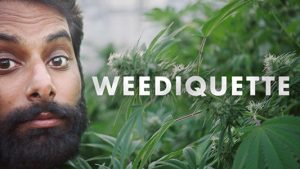 Vice correspondent Krishna Andavolu hosts this fascinating web series turned Hulu documentary, studying the debate surrounding cannabis and its legalization. Down to earth and witty, Andavolu interviews both cannabis users and producers. In the first episode, he speaks to parents and children using cannabis to treat childhood cancers. Andavolu also shows incredible compassion in the way he interacts with his interviewees. He brings levity to conversations while gaining intriguing personal looks into the positive medical, economic and social effects of cannabis.

Traveling internationally, Andavolu truly investigates all aspects of the cannabis industry from user to grower, cannabis entrepreneur to NFL player. He seems to want to truly educate viewers on the vast world of cannabis and the people that inhabit it. We’re hooked. 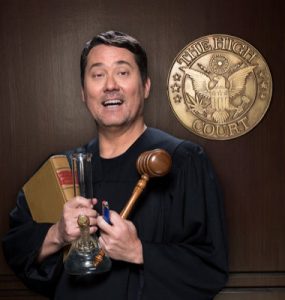 This court comedy show gives a new meaning to “high court”. Featuring real court cases, Doug Benson as a stoned judge and celebrity guest bailiffs, The High Court is rich with all the ridiculous legal proceedings and hilarity one could want. It features disputes over towed cars, pet snakes and magicians’ tricks. Each episode of this insane cannabis TV court left us cackling and wondering how this could possibly be legal.

Each episode is only about 12 minutes long, which makes this a perfectly bingeable series. Plus, the first episode is free to watch on The Comedy Central website, so there’s basically no excuse to not check this hilarious miniseries out. 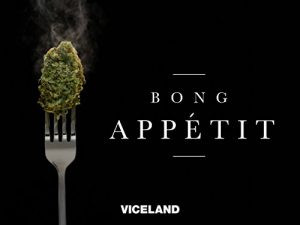 Another Vice production, this Hulu series features a high-end cannabis cooking show, inviting a wide array of cannabis-loving chefs and critics to cannabis-themed dinner parties. The dialogue between the hosts can often veer into the land of cringey—almost like they’re trying too hard to be cool about cannabis. However, this cannabis TV show exposed us to tons of new ways to incorporate cannabis into food. It even introducing us to an amazing brand of cannabis-infused wine—way to combine two vices into one, Vice.

For typical cooking show lovers, Bong Appetit doesn’t necessarily live up to its self-proclaimed mantle. The cooking show focuses more on the discussions between the hosts—which delved into topics surrounding cannabis legalization, entrepreneurship and consumption. But it occasionally left us wanting more on the actual meat of the cooking.

Found on Hulu and Comedy Central, this light-hearted comedy show follows two cannabis-loving women in New York City as they navigate the highs and lows of being alive—preferring to focus on the highs. Cannabis isn’t as much the focus of this show as the bond between the two friends. But the gorgeous green might as well be the third main character for how often it makes an appearance. Besides one disastrous appearance by Hillary Clinton, Broad City is a masterpiece of feminist stoner chick humor. And it hits all the right spots. It featuring a cast of comedians like Hannibal Buress, Ilana Glazer and Abbi Jacobsen. The lovable characters and ridiculous plots make this show a must-watch for the cannabis-loving leftist. 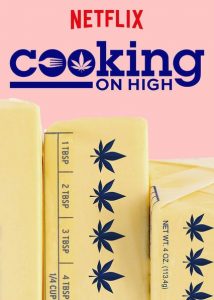 Claiming to be the first-ever competitive cannabis cooking show, Cooking on High features cannabis-loving chefs going head to head to compete for celebrity judges like Mod Sun, Warm Brew, and other names in cannabis culture. Those looking for cutthroat competition might find themselves disappointed—much more laid back than other cooking shows, Cooking on High focuses more on the cooking itself and the various ways cannabis can be transformed into consumables.

Featuring the wisdom of cannabis guru Ngaio Bealum, Cooking on High educates stoners on the science of weed while engaging in chill, fun conversation. Grab a pot and pan—this show is sure to kick-start the munchies and keep the cooking creativity flowing. 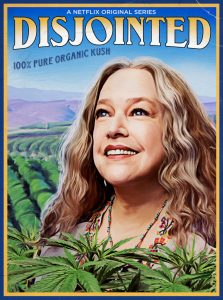 Kathy Bates stars as a cannabis activist and dispensary owner in this laugh-track ridden Netflix comedy about Ruth Whitefeather Feldman and her staff of cannabis lovers. For sitcom lovers, this show is a wonderfully light-hearted and irreverent take on cannabis use. As the show aims to dismantle negative stereotypes about the world of weed while keeping things light and funny, Disjointed finds itself educating watchers about the medicinal uses of the cannabis plant through the patients that come to the dispensary.

Though canceled after just one season, Disjointed features 20 episodes of a loveable and hilarious cast of characters—more than enough to keep the sitcom-loving stoner entertained. We especially loved the cannabis advertisement parodies, spoken-word poetry and eye-popping graphics.

Following her husband’s death, suburban mom Nancy Botwin turns to selling cannabis to pay off debts and maintain her lifestyle. Selling her wares in school parking lots, at soccer games, and to other moms, Nancy is smart and compassionate. And we were attached to her by the halfway point of the first episode. 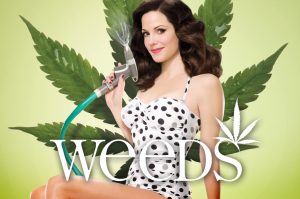 Classified as a dark comedy-drama, Weeds is heartfelt and character-driven. It is more about Nancy and her relationships with the people around her than her side business. Though the show is clearly aimed at a middle-aged audience, we found that the suburban widow turned drug dealer plot and diverse cast made Weeds just as accessible to young adults. Found on Netflix, eight seasons of Weeds testify to a successful and beloved monolith of cannabis media. There are even rumors of a sequel in development, so keep an eye out.

Hosted on HBOMax and the HBO website, High Maintenance revolves around the life of one man—a cannabis dealer in New York City. Critics rave about this incredibly real series of vignettes, calling it “TV’s most human show.” And we have to agree. Though the main character is a drug dealer, the story is about the people he sells to and their lives. At times gritty but with moments of humor, this show is for stoners who want to watch something with substance. We loved High Maintenance for its unique viewpoint and the way each character felt entirely and utterly human. 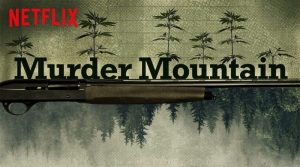 Originally a Fusion TV series, Murder Mountain is a true-crime Netflix docuseries that focuses on Humboldt County, California. The county is nationally known for its cannabis production. Though this reputation paints Humboldt County as a veritable paradise lush with nature, scenery and cannabis, it has also sinisterly become known as the site of several tragic murders and disappearances. Murder Mountain follows the stories of many of these missing persons and deaths from more than 30 years ago to present day.

For true-crime junkies, this docuseries is a compelling and fascinating watch that exposes the dark underbelly of the gold mine of cannabis production that is Humboldt County. Though many county officials have touted this cannabis TV show as highly sensationalistic and harmful to tourism, the internet has devoured the many stories of the disappearances while enjoying education on the cannabis industry in California. 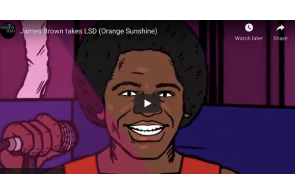