Here’s a few of the early announcers

WASHINGTON (CIRCA) — As the 2020 presidential election gets underway, you may be wondering which candidates are for or against marijuana legislation. So, we at Circa dove into candidates’ Twitter history and voting history to see where they stand—and where they have previously stood—on cannabis.

Cory Booker has been the chief architect or a cosigner of a multitude of cannabis-related bills in the U.S. Senate, many of which focus on criminal justice reform. He has been named one of “The Five Best U.S. Senators on Marijuana Policy” by Forbes and has an A+ grade from cannabis advocacy group NORML.

As far back as 2012, Booker was publicly in support of medical marijuana. In a Reddit AMA in 2012, Booker said, “Medical marijuana. It should be available and legal… why is marijuana singled out and denied to sick people?” Booker remains one of the few senators from a state without a legal recreational cannabis market to actively support and even introduce cannabis legislation.

Booker has not always been pro-recreational cannabis, however. In that same Reddit AMA he conducted as mayor of Newark in 2012, Booker made sure to draw the line. “To be clear,” he said, “non-medicinal use of the drug is unhealthy for those who use it, and for society.”

New Jersey has legal medical marijuana, but not recreational marijuana.

Sen. Kamala Harris wrote in her 2019 autobiography that legalizing marijuana is part of “dismantling the failed war on drugs.” She has, in more recent years, frequently signed on to cannabis legislation proposed by her Senate colleagues, at times working closely with Booker. She has also said that she supports the expungement of nonviolent marijuana offenses—something included in the 2018 Marijuana Justice Act, which she cosponsored. She has an A grade from NORML.

But before coming to Congress, Harris’ stance on marijuana was much more hard-line. When asked about California legalizing marijuana by a reporter during her attorney general re-election campaign in 2014, Harris famously laughed.

California has legalized both medical and recreational marijuana.

Castro was HUD secretary in 2014 when the Obama administration loosened restrictions on cannabis possession by individuals receiving HUD subsidies. Before that point, HUD policy required mandatory evictions for anyone found with marijuana. He hasn’t been incredibly vocal about cannabis, however, neither negatively nor positively. The most vocal Castro has been about cannabis was in 2017, when he posted on Facebook (below) that the White House’s threat to start cracking down on legal states would be “a mistake.”

Cannabis is not legal in Texas, neither recreationally nor medically.

Gillibrand was a cosponsor of many pieces of pro-cannabis legislation, often with Booker, including the Marijuana Justice Act in 2017. And when then-Attorney General Jeff Sessions repealed the Cole Memo, Gillibrand took to Twitter to condemn the move (below). 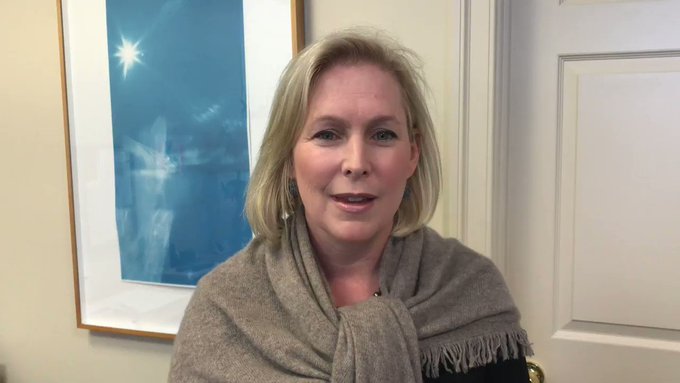 Attorney General Sessions’ decision to restrict states’ ability to legalize and decriminalize marijuana is either willfully ignorant of the medical science or an act of greed on behalf of the pharmaceutical industry. In either case, it’s an attack on patients, and it’s wrong.

But as a U.S. representative, Gillibrand did not decide to cosponsor the Act to Remove Federal Penalties for the Personal Use of Marijuana by Responsible Adults, which was introduced by Rep. Barney Frank, D-Mass.

She has received an A grade from NORML.

Recreational cannabis is not legal in her state, New York, but current Gov. Andrew Cuomo has said he wants it legalized soon.

Sen. Elizabeth Warren is one of Forbes’ top five senators for marijuana. But she hasn’t always been that way. In 2013, she made a dig at a Massachusetts state senator, saying “He has a 100 percent ranking from the gun lobby and he’s for the legalization of marijuana. He wants us armed and stoned.”

By 2015, however, Warren was an active member of the unofficial cananbis club in the Senate, joining with Sens. Booker, Jeff Merkley, D-Ore., and Gillibrand, among others, to petition for better medical marijuana research. More recently, she was one of the initial cosponsors of the bipartisan and bicameral (it was proposed in the House and the Senate) STATES Act, a bill designed to give added protection to states that have legalized marijuana.

Warren has received an A grade from NORML.

Recreational cannabis is legal in Massachusetts.